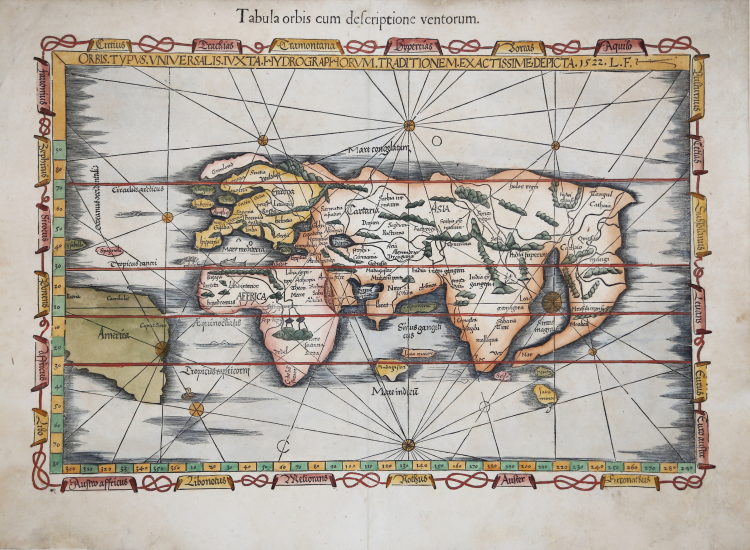 Striking example of the 1541 edition of the Ptolemy's Geographia edited by Fries.

While the majority of Fries maps were derived from Waldseemuller's 1513 edition of Ptolemy's Geographia, this map is the work of Fries and was first included in his 1522 edition of Ptolemy's Geographia. The map bears Fries initials, and incorporates directional lines crossing the map, and an unusual frame of banners which include the names of the winds, each looped with a coil of rope.

England and Scotland are shown as separate islands. India is shown as a double peninsula. South America is shown, although largely based upon guesswork, as Magellan did not return to Europe from his circumnavigation until September 1522, several months after this map was first published. The inclusion of the name America derives from Lorenz Fries drawing based upon Waldseemuller's wall map of America published in 1507.

The earliest reasonably obtainable map of the World to include the name America in the map.