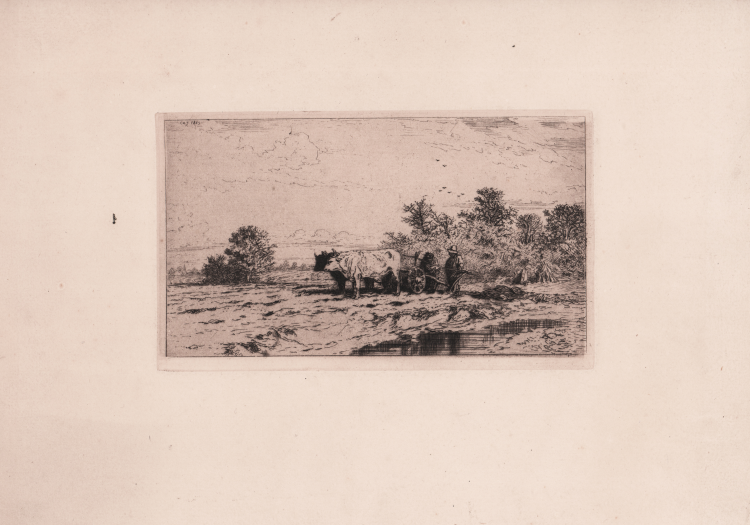 Charles Émile Jacque (1813 – 1894), was a painter and etcher, also lithographer, designer of wood-engravings and illustrator; born in Paris, brother of Léon Jacque. Attached to a regiment at the Siege of Antwerp; spent two years in England (including 1838), producing wood-engravings. After his military service, travelled frequently to Burgundy where his family had settled since 1830. Settled in Paris, but prolonged stays in Barbizon. According to Guiffrey, between 1837 and 1843, Jacque produced lithographs and designs for wood-engravings and was commissioned by editors of illustrated publications.