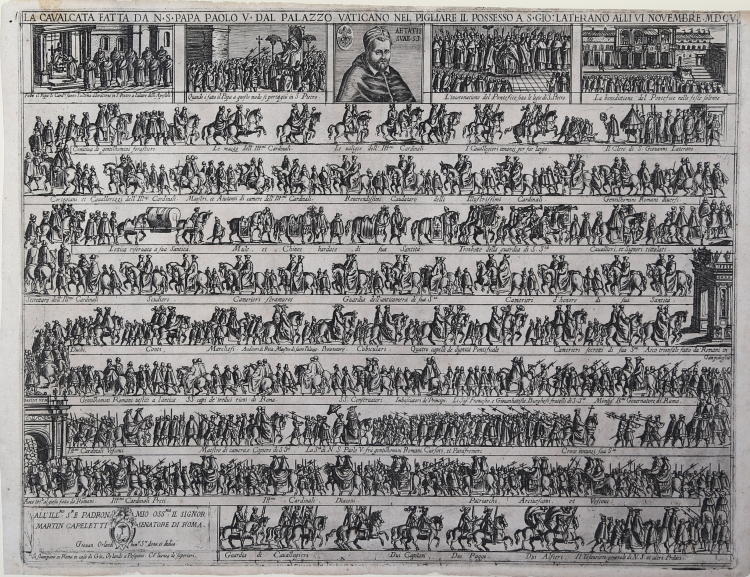 The plate shows the taking possession of pope Paulus V, on 6th November 1605. A long papal procession, with people on foot and on horsenack, represented in nine horizontal rows with bars of text in between describing the various members of the procession. At the top of the print are five small vignettes, two on either side depicting scenes from the Papal coronation ceremonies, and a portrait of Pope Paul V in the center, at age of 53.

The papal possesso was part of  the  ritual  that  legitimized  the  pope  as  Bishop  of Rome. By  crossing  the  city  in  this capacity the pope showed himself to his parishioners thus establishing a bond, publicized his occupation  of  the  episcopal  office  alongside  his  role  as  prince  of  the  Papal  States,  and physically passed through  the city’s important spaces, beating selective bounds.