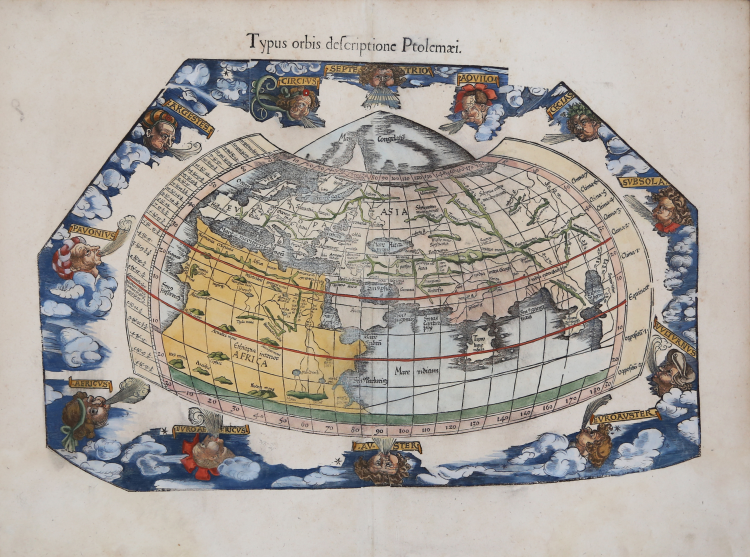 Striking example of the Ptolemy's World map, from the 1541 edition of Geographia by Laurent Fries.

This is one of three world maps included in Fries' Ptolemaic atlas and one of the few early 16th century world maps available to collectors. This striking woodblock world map is a reduced-scale version of Waldseemuller's Ptolemaic map of 1513, which was on the traditional modified conical projection. The area above 65 degrees north is noted as Mare Congelatum (Frozen Sea). The map is surrounded by 12 wind heads representing the classical winds blowing from each direction. This edition was printed Gaspare Treechsel published in Vienne, 1541.