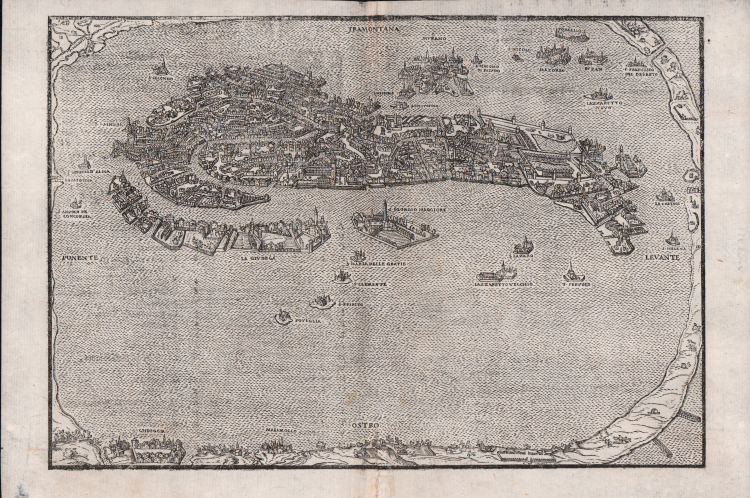 The book is the most important early modern travel guide to Italy, containing extensive information on chorography, history, ethnography and artistic culture, published without part 2 containing the Descrittione di tutte le isole and the added description of Venice. The two parts were issued together or separately.

Leandro Alberti (1479-1552) was a Dominican scholar from Bologna, acquainted with Achille Bocchi and Andrea Alciato. He wrote numerous histories, serving the Inquisition as censor and then official inquisitor from 1550 to his death. He was mostly known for his anti-witchcraft activity. The Descrittione summarised his long travels (1525-1528) across the length of the Italian peninsula with the Dominican Order s General Francesco Silvestro da Ferrara to visit Dominican convents and was later used as a model by the Dutch cartographers, such as Abraham Ortelius.

The account of the Southern provinces of Italy constitute a novelty since Alberti was one the first travellers who described the areas of Terra di Lavoro and Puglia, recording places name in dialects, nature and pilgrimage sites such as the Sanctuary of the Archangel Michael in the cave on Mount Gargano. The work was mainly inspired by Flavio Biondo s Italia illustrata but Alberti did not adhere to its pattern completely, collecting first-hand information and using new sources such as local histories and maps, as well as other early modern authors.