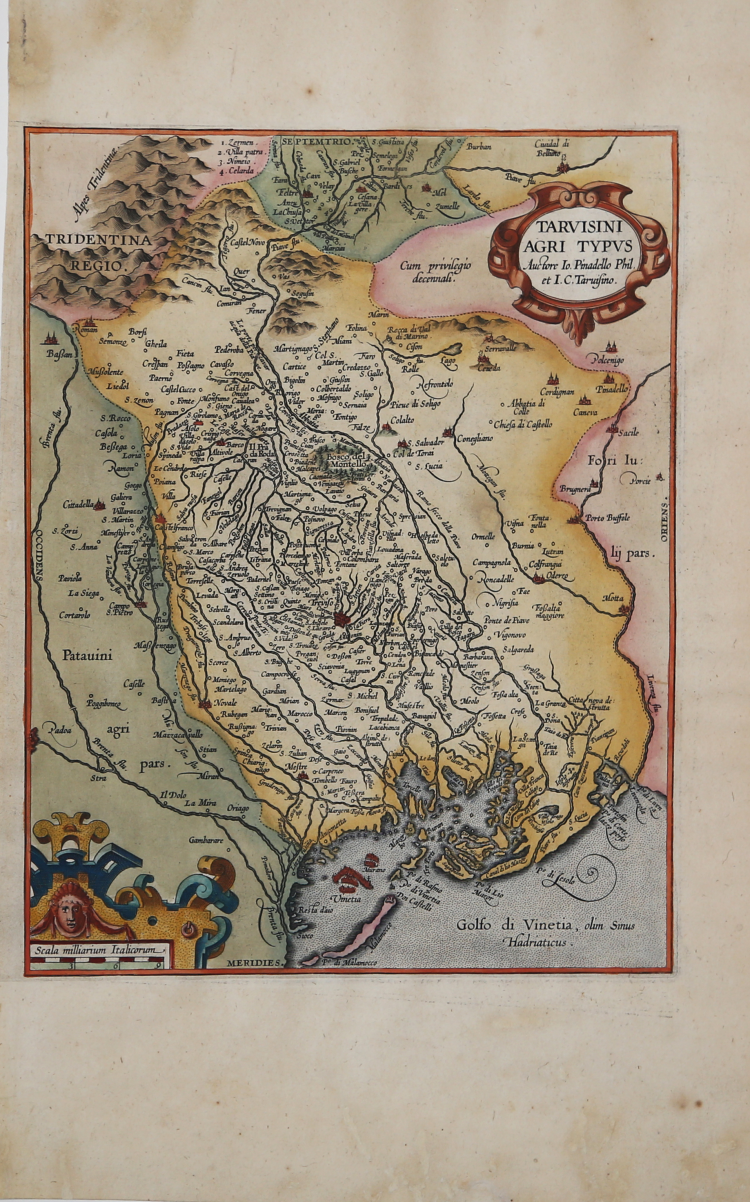 Chorographic, orographic and hydrographic map of the trevigiano, based on the manuscript Agri Tarvisini descriptio (1583) attributed to Giovanni Pinadello. The original is preserved, bound in the copy of the Ortelius Theatrum Orbis Terrarum of 1579, in the Biblioteca Comunale of Treviso.

Ortelius himself used Pinadello's manuscript for the map of the Treviso area included in his Atlas, starting from 1595.

The Theatrum Orbis Terrarum is considered the first true modern "Atlas". The work was published in 7 languages and 36 editions, for which - in 1570 - Ortelius obtained the privilege, a kind of copyright that prevented other cartographers from publishing his works. The Theatrum represented the most advanced work of cartographic description. Ortelius collected in it the geographical and cartographic knowledge of his time, proposing in 147 spectacular engraved plates the most faithful image of the world then known and, in some extraordinary "historical maps", regions and routes taken from literature, mythology, tradition. Ortelius was also the first to cite sources, mentioning the names of cartographers in the "catalogus auctorum". From 1598 to 1612 the posthumous editions of the Theatrum were made by his collaborator Johannes Baptiste Vrients.