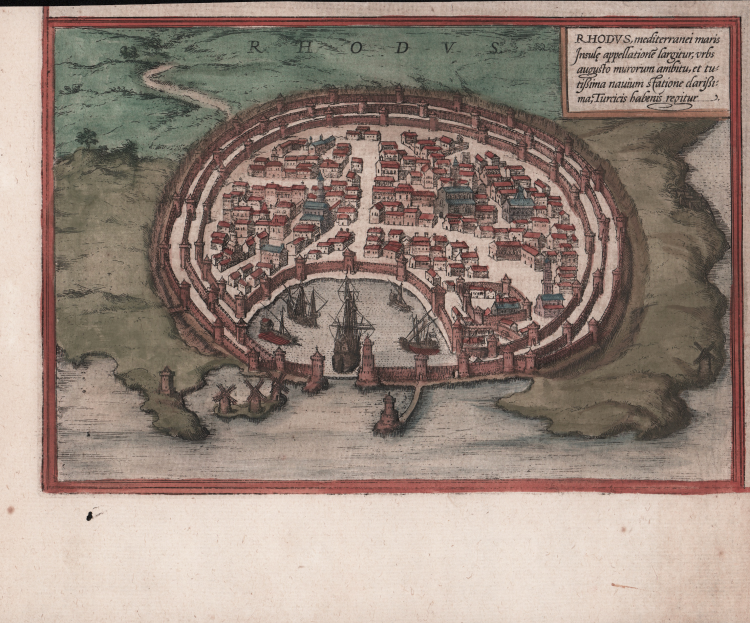 Map of Rhodes, after Sebastian Munster. The work is included in the Civitates Orbis Terrarum, the first atlas devoted exclusively to plans and views of the world's major cities. Printed in six volumes between 1572 and 1617 it was so successful and widespread that several editions translated into Latin, German and French were printed.