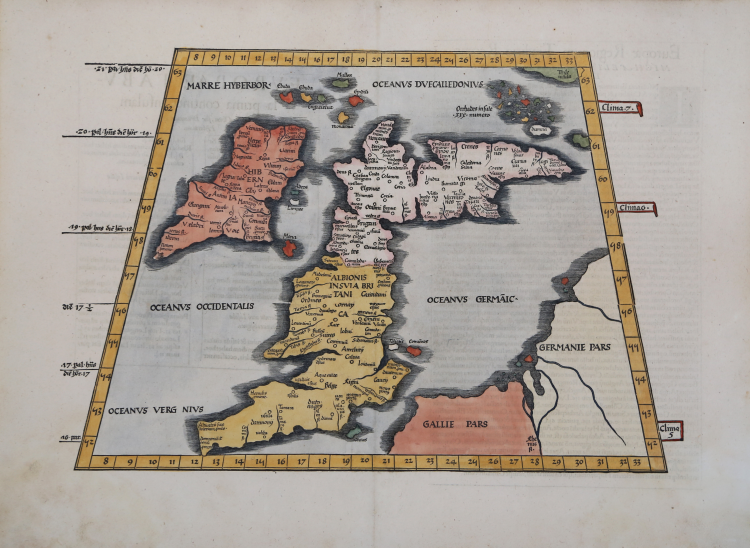 Nice example of the 1541 edition of Lorenz Fries Ptolemaic map of the British Isles.

The map is based upon Waldseemuller's Ptolemaic map of the British Isles, first published in 1513.