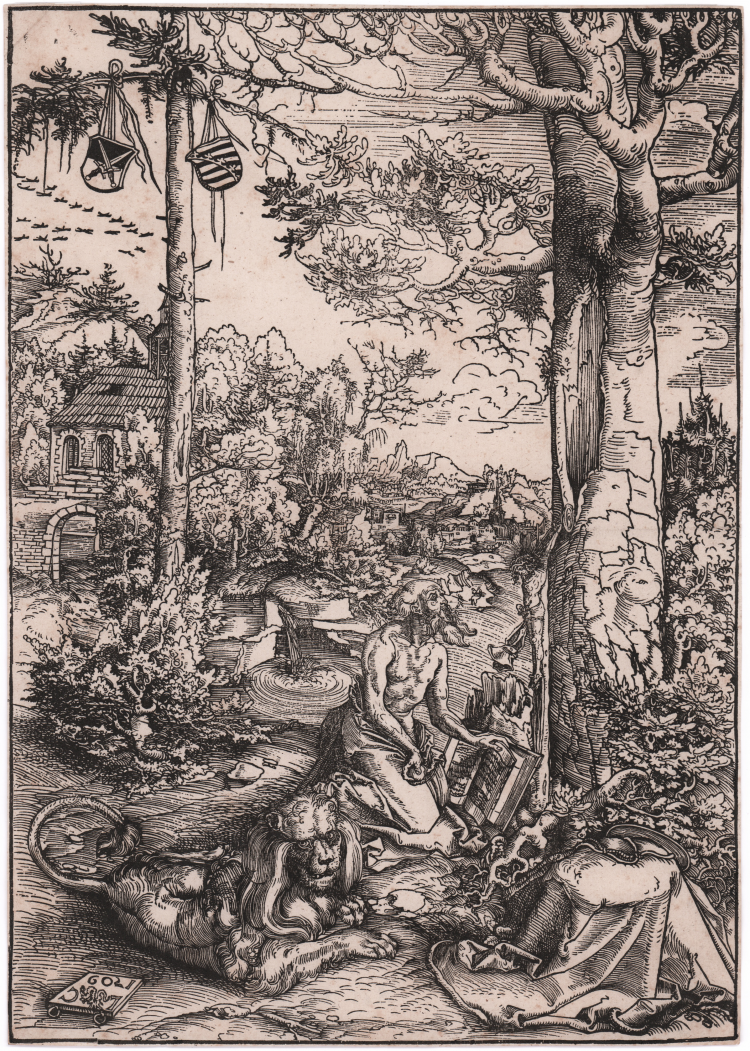 Woodcut, 1509, signed with monogram and dated lower left side.

The plate shows the saint kneels right before a crucifix erected under a tree; the lion lies left.

The coat of arms of Cranach’s Saxon patron takes pride of place on a tall tree, while the statue of Christ on the Cross merges with the trunk in the foreground. Jerome’s hut is visible amid the leafy vegetation in the background at left, nestled among trees and near a running brook. Jerome’s lion rests nearby, watching as the saint casts most of his vestments aside in his devotional ardor.

Lucas Cranach the Elder was the leading artist of Wittenberg, the intellectual and spiritual hotbed of Germany. Although Cranach was an ardent Catholic when he made this print, he would become one of Martin Luther’s closest friends and most effective propagandists (Wittenberg is where Luther posted his theses decrying church practices). One wonders whether Cranach’s interest in Saint Jerome presages his close association with Luther, the most important Bible translator of his own time. This woodcut fairly pulsates, with nature cast as a spiritual force alive in all its elements.