Three Muses with a Putto speaking with them 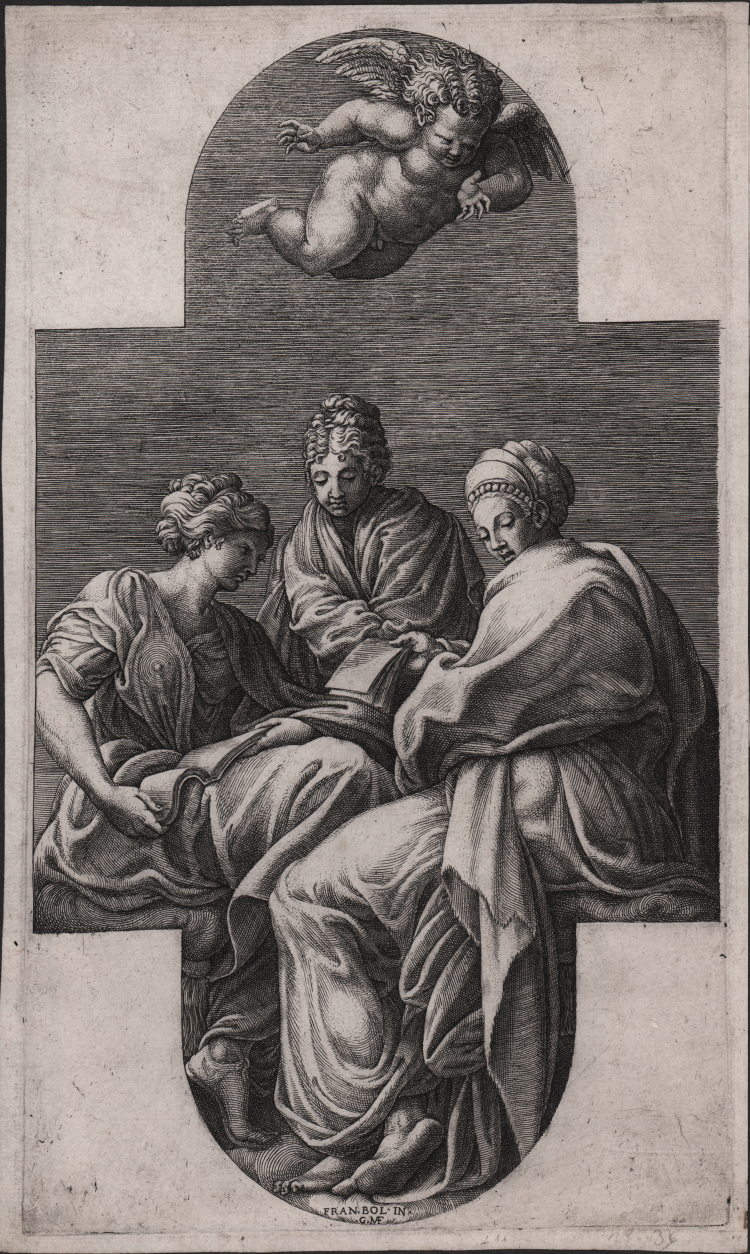 Etching, 1560 circa, lettered within image in the clouds at lower centre 'FRAN. BOL. IN.' and with Ghisi's monogram '.G MAF.' Example in the third state, of six, according Boorsch-Lewis.

From a series of four prints that, according to Mariette, were based on compositions after Francesco Primaticcio's designs surrounding a central image of Venus and the three Fates in the vault of the fourth bay in the Galerie d’Ulysse at Fontainebleau  (destroyed 1738-39).