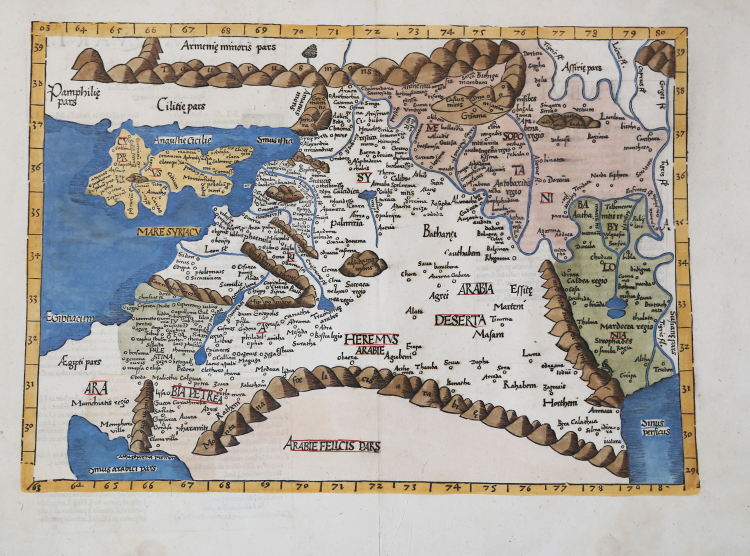 Woodblock map illustrating the Ptolemaic concept of the Middle East, between the Mediterranean, the Red Sea and the Persian Gulf, extending from Cyprus to Babylonia. Rivers, place names, and rope-like mountains fill the map. The map is reduced from Martin Waldseemuller's map, with a few changes, including a reduction in size of the bay north of Jaffa (here ioppe). Title is on the verso along with Latin text.

Woodcut, finely colored by hand, in excellent condition. From the 1541 edition of Fries Geographia.