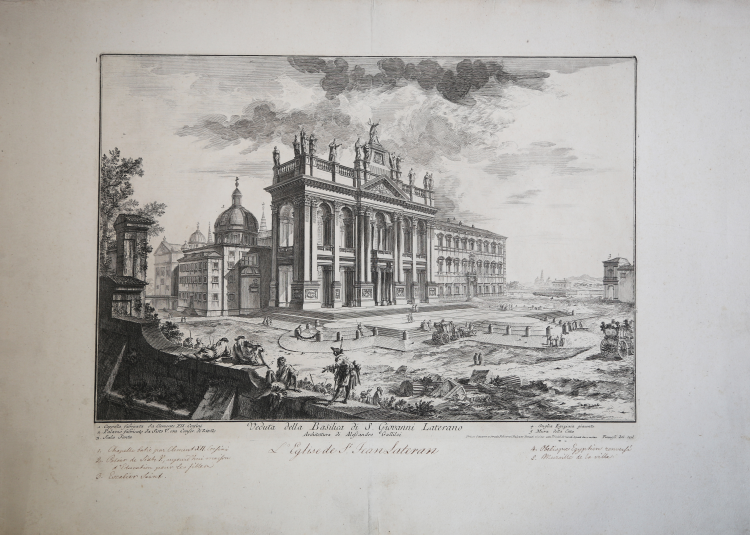 Etching and engraving, 1749, signed on plate.

Example from the contemporary Roman Edition, the third state of six, printed by Piranesi in his tipography of Strada Felice. A very good impression, printed on contemporary laid paper with watermark "double encircled fleur de lys with letters CB", with margins, good condition.

Ink addidition at the lower white margin, trasnslation of the title made by a contemporary French hand.