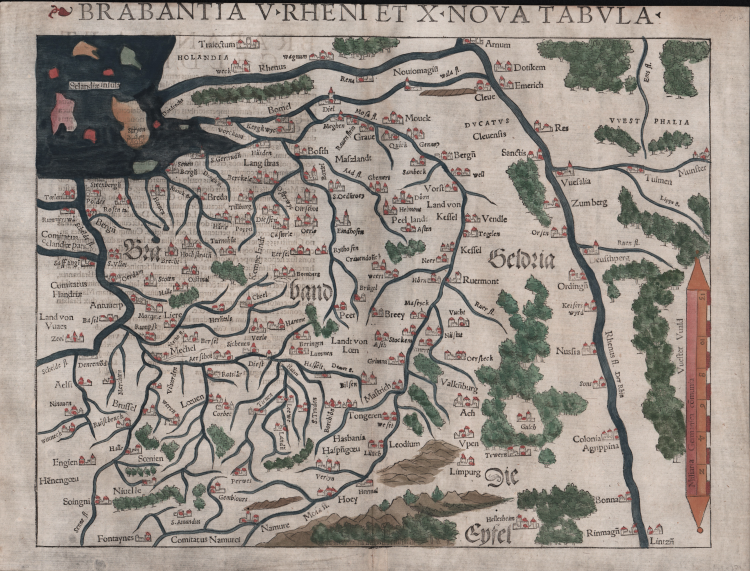 First edition (state 2) of Munster's map of the Rhine River Valley, from Lintzn, Bonn and Coln to Dordrecht and the Ocean.

One of the earliest obtainable modern maps of the region. From the 1542 edition of Munster's Geographia, one of the most important 16th Century geographical books.

Münster was a brilliant polymath and one of the most important intellectuals of the Renaissance era. Educated at Tübingen, his surviving college notebooks, Kollegienbuch, reveal a mind of insatiable curiosity, especially with regards to cosmography. Münster later became a professor of Hebrew at Heidelberg, and then from 1529 at the University of Basle. In the 1530s, he turned his attentions to translating Ptolemy's Geography, adding new material that related to the lands newly discovered in Africa, the Americas and Asia. The result was the publication of his highly regarded Geographia Universalis, first printed in 1540.