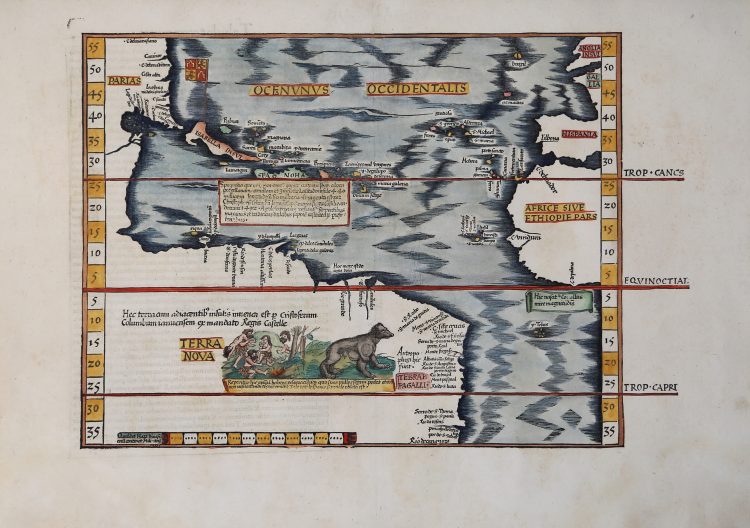 Fine example of Lorenz Fries reduced version of Waldseemuller's map of 1513, which is often referred to as The Admiral's map.

The present example is from the 1541 edition of the Ptolemy's Geographia edited by Fries.

The Waldseemuller prototype was the first printed atlas map to focus on the New World. Waldseemuller's map is preceded only by the small map of the Spanish Main by Peter Martyr in Seville, 1511, which is virtually unobtainable. Fries supplements the work of Waldseemuller with an inscription about Columbus not found in the 1513 version of the map and adds vignettes of Indians and a possum, which he borrowed from Waldseemuller's World Map of 1516.