A Censer ("The Scent Box of François I") 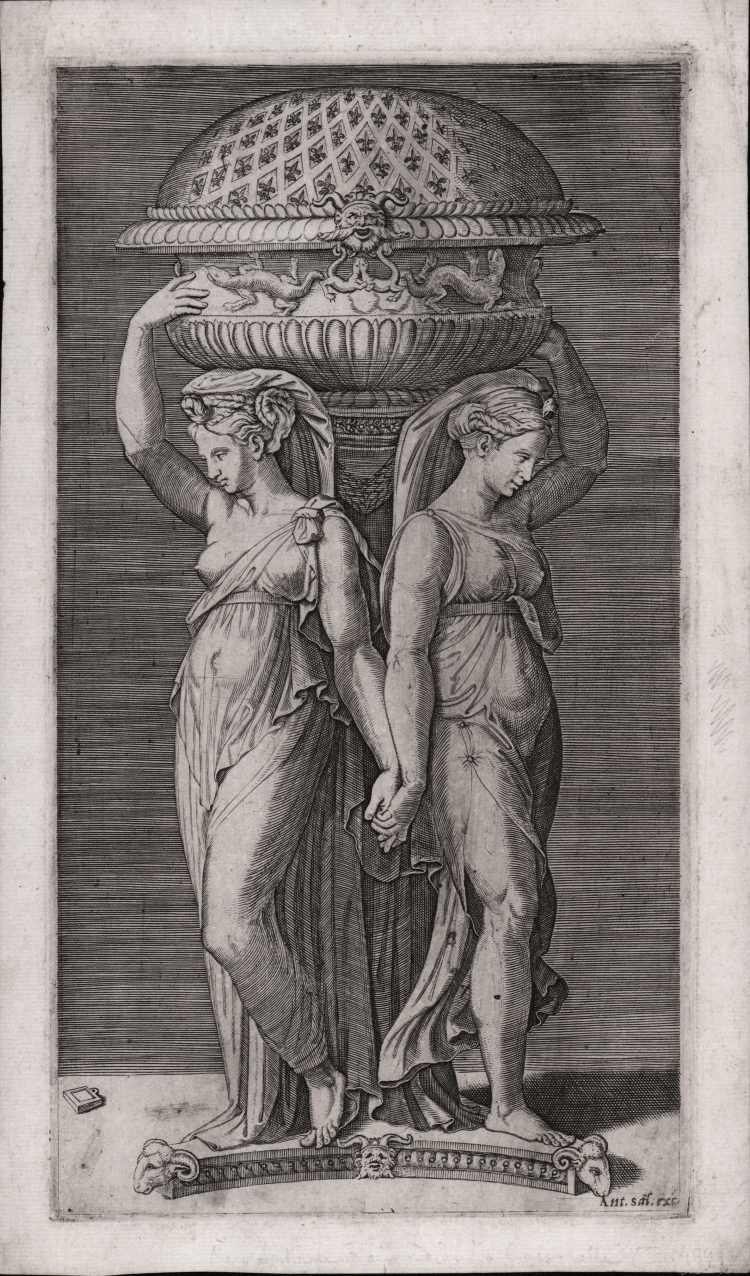 Engraving, 1518-1520 circa, monogramatic device of an empty tablet lower left.

Example in its second state, with the Salamanca excudit lower right: Ant. Sal. exc. Supposedly copied after a designed by Raphael.

Since Vasari, who names the censer among the works of Agostino Veneziano (V, p. 415), it is believed that the engraving takes up a drawing by Raphael for goldsmith work; only Bianchi (in Raphael, p. 689, note 265) thinks of Giulio Romano from a drawing by Raphael.

The prototype for the top of the object is the fountain supported by Sileni at the Museo Pio Clementino in the Vatican, while the lower part of the design derives from a Venus Genetrix drawing by Raphael now in the Albertina, Vienna (inv. 179).

The presence of the lilies and salamanders has led to the conclusion that the censer was intended for Francis I; it may have been sent to France as a gift from Leo X and Lorenzo de' Medici, along with Raphael's Saint Michael and the Holy Family, in 1518, although it is not certain that the object was ever made. Presumable is at least a dating of the project to 1518-1519; the engraving should date from the same period.

According to Gnann, Raimondi's engraving would not be based on Raphael's drawing but on the engraving made by Marco Dente - which is in counterpart, to which he makes slight variations and in which the censer is lower by about five millimeters.

The popularity of the Incensiere is demonstrated, among other things, by the engraving of Enea Vico representing a candelabrum, in which this container is replicated.