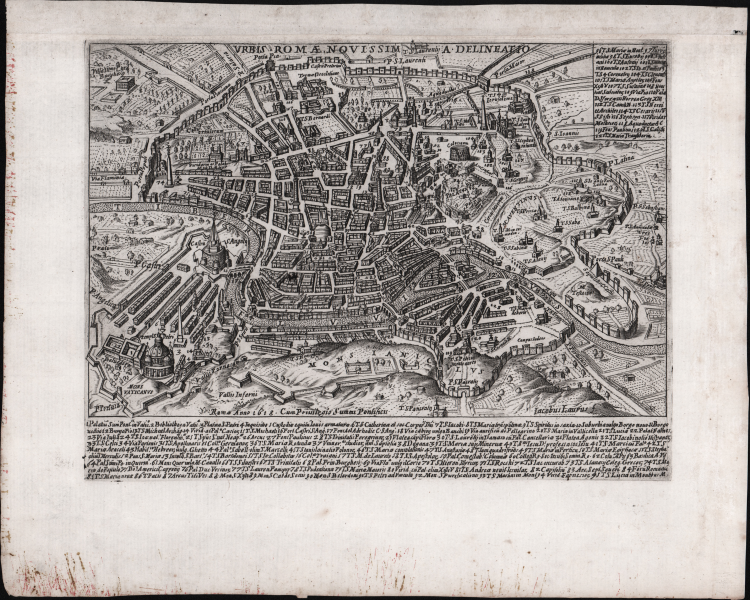 Small map of Rome with an oblique projection, oriented with the north on the left.

However, it seems unlikely to us that it is a derivation of the Florimi - which, by the way, includes a legend of only 86 numbers. It seems more likely to be derived from the maps engraved by Ambrogio Brambilla for Franzini first and then for Nicola van Aelst (1590).

The map is taken from Antiquae Urbis Splendor by Giacomo Lauro, a work published for the first time in 1612, an important and sought-after collection of Roman views and antiquities, it represents Lauro's most important work and enjoyed an incredible fortune.

The work, entirely illustrated with concise didactic texts on the beauties and splendors of ancient and modern Rome, was reprinted and enlarged. Later editions always refer to the date of publication of 1612. The date and the printer are however deduced from the dedication of Giovanni Alto (jan Alten) from Lucerne, editor of the volume, to the readers.